NY POST — Women who visit inmates at Virginia prisons will be barred from wearing tampons or menstrual cups under a new policy stemming from concerns about contraband, the state Department of Corrections said Monday.

A spokeswoman for the Department of Corrections said the policy set to become effective next month is aimed at preventing contraband — including drugs —from being smuggled into prisons. END_OF_DOCUMENT_TOKEN_TO_BE_REPLACED 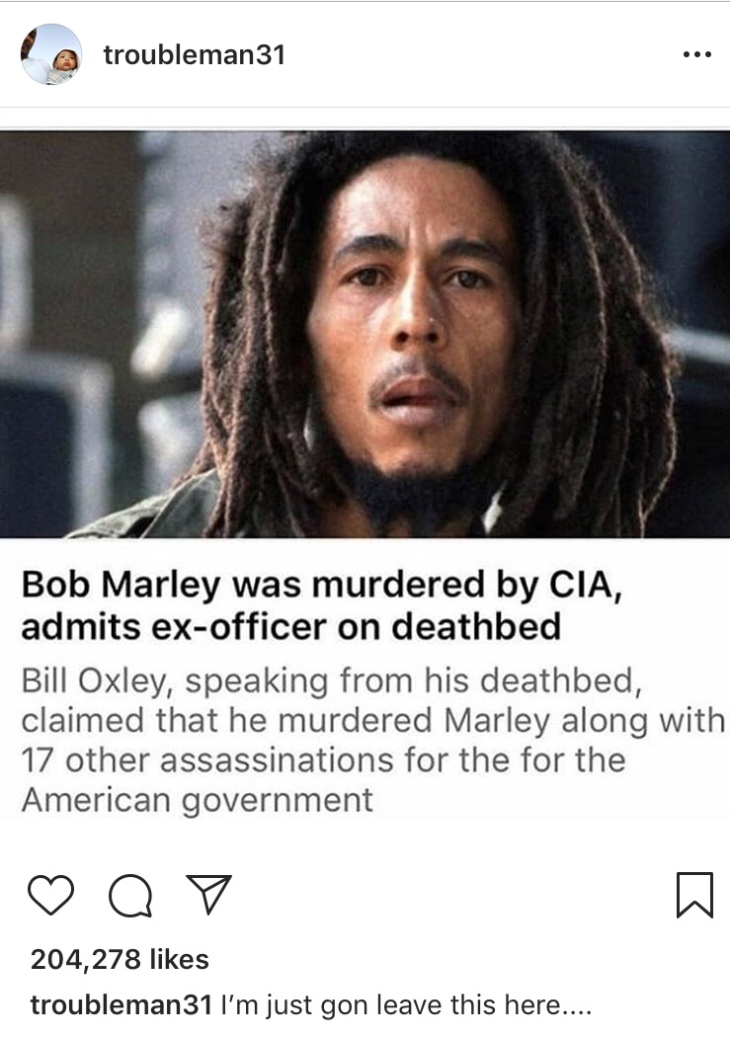 I’m always leery of stories of this magnitude that do not make mainstream media but something about this alleged confession is intriguing to say the least.

Anybody fact checked this? Are we believing this or nah?

[If you are experiencing quality issues with video, view the confession here and here]

63 years ago on this date, 14-year-old Emmett Till was abducted by two white men in Mississippi and brutally murdered. pic.twitter.com/MKPw1ZGPqn

The gut wrenching story of Emmett Till still resonates today as many Blacks still face ongoing racism and oppression in the United States and abroad.

On this day, let’s take time to remember Emmett Till whose life was cut down so brutally & prematurely as a result of systemic racial hate in AmeriKKKa.

When some people talk about the effects of slavery in this country, they like to argue that it was a long time ago. And Black folk should get over it. The argument is flawed. Not only are we still dealing with the remnants of slavery; but the way the prison industrial complex is set up, slavery just took on a different form in this country. It is this topic that filmmaker Ava DuVernay explores in her new documentary 13th.

The new film will be screened at the upcoming New York Film Festival and will have a limited theatrical release. It will have a home on Netflix.

In the trailer alone different experts talk about how after the 13th amendment abolished slavery, with the exception of those sentenced to serve jail or prison time, the narrative that Black men were inherently dangerous and criminal became pervasive in this country. And now, today, 1 of four imprisoned people in the world are living in the United States. They specifically mention Kalief Browder, the 16-year-old who was thrown into Riker’s after he was wrongly accused of stealing a backpack. He spent three years in prison waiting for a trial, two of them in solitary confinement. Even after he was acquitted and released, he had a hard time adjusting afterward and eventually took his life.

DuVernay herself said, “This film was made as an answer to my own questions about how and why we have become the most incarcerated nation in the world, how and why we regard some of our citizens as innately criminal, and how and why good people allow this injustice to happen generation after generation. I thank Kent Jones and the selection committee for inviting me to share what I’ve learned.”

13th will be streaming on Netflix on October 7.

Bossip — Last year a South Carolina school officer’s actions sparked a national debate after a video of him brutalizing a student over a verbal dispute went viral. Many believe ex-cop Ben Fields took it too far by dragging the peaceful young lady across a class room. His actions caused the unidentified student several injuries, including neck injuries and broken bones. Ben Field’s was fired after the incident.

According to the Daily News, termination is the height of his punishment. Field’s supervisor Sheriff Leon Lott said Field’s actions were so despicable, he wanted “to throw up”.

This however, had no effect to bring charges.  Richland County Solicitor Dan Johnson said in a 12-page court report Friday that he found no probable cause to charge the school resource officer because the incident “looked worse on camera”.

Johnson’s report includes statements from a slew of witnesses — one of whom said “the incident looked worse in the video than it did in the classroom.”

The report also included a formal account from Fields himself and he appears to have no regrets about his outrageous actions.

“I realized that I was going to have to physically remove the student from her seat to effectuate her arrest,” he said, adding that the desk only flipped over because the student locked her legs inside it.