My husband tried to take his life. He almost succeeded. He shot himself in the head. He almost died and doctors thought he would. He is now disabled for life but still glad to be alive. He regrets it all. I hope I can change someones mind. You matter, you are beautiful and have a mission in life. Otherwise you wouldn't be here. ♥♥♥♥♥

New episode coming soon! Do not miss it!

This is so sad.

The gruesome gunfight was captured on live television and shows the police surrounding the hijacked delivery truck in the middle of busy traffic before opening fire, killing the suspects, the UPS driver & two other innocent ivilians.

A GoFundMe has been created by the family of Frank Ordoñez, the driver who was killed in this horrific tragedy.

It’s such a shame that innocent people were literary “caught in the crossfire.” Seems like there could have been a better way to end this. It is unclear if the suspects shot at police first but what is clear is that an innocent father of two, just working to make a living is no longer alive.

The community is questioning whether the correct police tactics were used.

Please check out the GoFundMe for Ordoñez which has already surpassed its $20,000 goal. Click here. 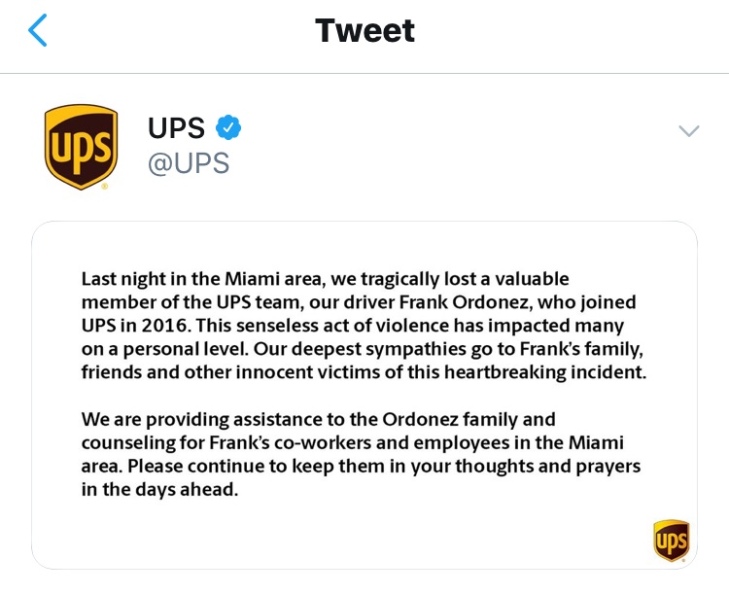 Could the police have handled this hostage takeover differently? Sound off in the comments!

Ahh, another day, another black person gets arrested and detained for basically breathing while black.

In the video below, a black guy was eating a sandwich at the train station when he was approached and eventually detained by the transit police.

Now, I have a couple of questions here, mainly who knew you couldn’t eat a sandwich at the train station?

The man (and the woman) videoing the incident questioned the officer and pointed out that there was no signage stating food was off limits. Last time I checked, millions of people drink coffee and eat snacks/food at the train station. In most train stations they have vending machines with sodas and snacks.

Secondly, did the officer ask him to not eat the sandwich and he ignored? I don’t understand how this escalated to this level. Even if the rules are no food, couldn’t a simple reminder suffice? The officer threw me off when he said it “against the law” to eat the sandwich. Weird.

This Popeye’s chicken sandwich has gotten so far out of hand it’s not funny. It’s really beyond me how a sandwich could cause this much foolery and violence. It’s very strange.

Just last week a Maryland man was stabbed to death over a dispute in line with another customer.

Apparently Debra Staggs, 55, was body slammed after a dispute with the Popeye’s workers in Columbia, Tennessee over a refund. Staggs claimed she was double charged for a sandwich. Onlookers alleged she tossed around the N-word as the argument escalated.

The dispute between Staggs and the staff as seen in the video below, then spills outside into the parking lot where the body slam occurred.

She reportedly suffered multiple bone breaks and injuries from the altercation. She has since hired an attorney.

The Popeye’s worker was fired and more than likely will be charged with some kind of assault & other liabilities.

New video from inside a Popeyes restaurant in Columbia, Tenn. shows the moments before a woman is body slammed in the parking lot