The Commission of Enquiry visited Tivoli Gardens on Friday as part of its probe into the operation of May 2010 to apprehend then don Christopher ‘Dudus’ Coke. The announcement was made on Tuesday by Commission Chairman Sir David Simmons.

The bus departed the Jamaica Conference Centre in downtown Kingston at 9:30 am for Tivoli Gardens. The tour ran for roughly 3 hrs.

The tour route included most of the sites mentioned during the enquiry.

Tivoli Gardens is a garrison community located in West Kingston and is the birthplace and former ruling grounds of the Jamaican drug lord.

Stay Tuned to The Pen Hustle for more updates… 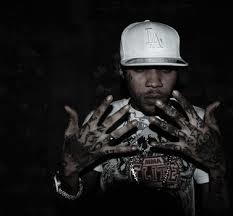 A man known to be the former associate of Vybz Kartel, businessman Jamie Ridley was shot during a drive by this morning in the Portmore, St. Catherine parish of Jamaica.

The incident happened during a fish fry held by Portmore dance personality, Diamond.

The only person killed in the drive by was the 34-year-old businessman Jamie Ridley.

According to local news reports, the incident occurred at about 1:30 am, when a Toyota Corolla pulled up, occupied by an unknown number of gunmen, and allegedly opened gunfire hitting Ridley and two others.

An off duty officer was at the scene, but the shooters were still able to escape.

As of now, there has been no known motive for the shooting.

Stay tuned to The Pen Hustle…

A California coroner has ruled that the death of a former NFL player’s prison cellmate was a homicide by strangulation, the Los Angeles Times reported on Thursday.

Lawrence Phillips, 39, was suspected in the death of 37-year-old Damion Soward, who was found unresponsive in their cell on Saturday and died at a local hospital the next day, officials at the Kern Valley State Prison said on Monday.

The Times reported on Wednesday that the Kern County coroner’s office said Soward died of neck compression asphyxia, and that his death was a homicide.

Representatives for the coroner’s office could not be immediately reached.

Soward was serving a sentence of 82 years to life for first-degree murder, prison officials said. The Los Angeles Times reported that Soward was a gang member who was convicted of executing a member of a rival gang.

Phillips played for three NFL teams over four years in the 1990s, ending his career with the San Francisco 49ers in 1999.

Officials said Phillips entered the prison in the central California city of Delano in October 2008 and was serving a sentence of 31 years and four months for domestic violence, false imprisonment and vehicle theft.

Local media said at the time the charges stemmed from two instances where he choked his girlfriend, including once where she lost consciousness.

Phillips had also been convicted of driving his car into three teenagers after a pickup football game in an unrelated case, according to local media.

Prison officials said Phillips was placed in a separate unit pending the outcome of their investigation. It said prison officials

there were also investigating a separate case involving another inmate over the death of another cellmate.

Crunchy Black arrested in Vegas for meth and jaywalking.

Three 6 Mafia rapper Crunchy Black is a man who knows what he wants when it comes to drugs … but according to cops he isn’t too good at getting it.

Law enforcement sources tell TMZ the Oscar winner was roaming the streets of Vegas early Tuesday when he was stopped for walking into an intersection when the “do not cross” light was flashing.

It didn’t take long for cops to discover meth.

According to the police report, Crunchy’s response was hilariously incriminating. He said, “Oh damn. I was trying to buy that powder, not meth.”

For bad measure the ‘Three 6’ rapper also had 2 warrants for his arrest. He was booked for possession and for providing a phony name. He’s still in custody.

Crunchy has other problems. He’s still a wanted man in Minnesota after allegedly beating his girlfriend in a hotel room.

A rep for Crunchy Black tells us the rapper wants to move forward with his life and will handle the charges in court.

See the original post on TMZ –including a mugshot photo

Apparently the refusal to “snitch” on Suge Knight by Cle “Bone” Sloan, (the man he is accused of mowing down in his red pickup truck outside of “Tam’s” burgers in L.A.) has worked in Suge’s favor as he received some good news in court today.

The judge not only dropped one charge against him of hit and run, but he also lowered his bail from $25 million to a “much more doable” $10 million.

Suge’s attorneys stated that he could make bail as early as this week.

Hopefully if Suge is released on bail he will “steer clear” of any trouble out in them streets and work on getting his health in order before the trial. He is also still fighting an armed robbery case with co-defendant comedian Katt Williams over the theft of a paparazzi’s camera in 2014. 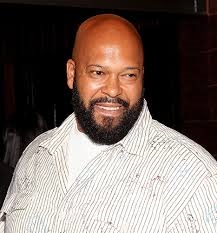 Suge Knight just got a big break … the judge in his murder case drastically reduced his bail, and it looks like bail is now doable.

The judge second-guessed his decision to set bail at $25 million, and lowered it this morning to $10 mil.

And good news for Suge on another front. The judge dropped 1 of the hit-and-run counts in the fatal Tam’s parking lot collision.

The bad news for Suge … the judge didn’t drop the murder or attempted murder counts.