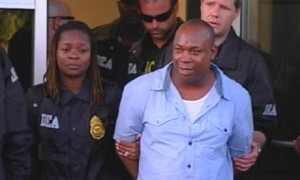 Bishop Herro Blair has testified that drug kingpin Christopher ‘Dudus’ Coke was unarmed when they met at his Tivoli Gardens office in May 2010.

When asked how he knew that, the popular elicited laughter at the west Kingston commission of enquiry when he replied: “because of the way I greeted him”.

“You patted (searched) him?” asked chairman of the commission Sir David Simmons.

Blair replied laughing, while demonstrating to the commission how he ran both hands down the drug kingpin’s back.

Blair testified that on his way to meet with Coke that day he passed more than 50 men openly carrying handguns.

Queen’s Counsel Lord Gifford told the enquiry on Monday that the public defender made an attempt, through Coke’s attorney in the United States, to have him return to the island and give evidence but Coke said that he wasn’t interested in participating.

Former Public Defender Earl Witter had recommended in his interim report that the enquiry hear from Coke.

Coke in serving a 20-year sentence in the US after being extradited in June 2010 to face drugs and gunrunning charges.

He pleaded guilty to reduced charges.

The enquiry is looking into the deaths of 73 people resulting from the police-military operation to apprehend Coke in May 2010. 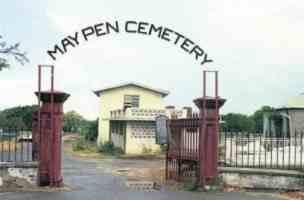 A number of the 73 bodies recovered in West Kingston resulting from the operation to apprehend Christopher ‘Dudus’ Coke were those of men convicted of one crime or another. Superintendent Gladys ‎Brown Ellis testified in the Tivoli Enquiry that these bodies were identified by criminal records.

‎The superintendent testified that the body of a man believed to be a sniper was ‎recovered from a roof
Evidence had been given in the enquiry that up to 300 gunmen were in Tivoli Gardens in May 2010 to defend Coke who was wanted in the US at the time on drugs and gunrunning charges.

Brown Ellis testified also that three of the bodies recovered belonged to women she identified as Gloria Smith, Petrina Edwards and Carlene McKenzie.

“I came to know these women like sisters; I was with them so long,” said Brown Ellis, referring to the forensic processing and identification process.

Christopher ‘Dudus’ Coke wasn’t much help to detectives who wanted to know how he escaped Tivoli Gardens during the May 2010 operation to apprehend him.

Superintendent Michael Phipps, who was being questioned by attorney Peter Champagnie for the Jamaica Defence Force, said that he interviewed Coke on June 23, 2010 at the Up Park Camp following his arrest that same month.

SEE THE VIDEO: Dudus Coke in Custody at Up Park Following Manhunt

Phipps said that he asked Coke how he managed to leave Tivoli Gardens and if he left the community to avoid arrest.

“Same answer. Same ‎answer,” Phipps said Coke responded, meaning that he would not answer the questions on the advice of his attorneys Tom Tavares-Finson and George Soutar, QC.

Coke had also refused to say whether he was dressed in array fatigue on May 24 or 25.

Phipps testified earlier that Coke answered the most basic questions, such as his name and address, among other things, out of a total of 182.