Not all superheroes wear capes.

Brittiny Lopez-Murray, 31, was arrested on multiple charges including lewd and lascivious battery, molestation and engaging in a sexual act with a child.

According to a police arrest affidavit obtained by PEOPLE, Lopez-Murray started abusing the teen, who had been one of her seventh and eighth grade students at Hialeah Middle School, in August after she sent him a “long text message, where she expressed her feelings towards him and how she felt about him.”

Lopez-Murray and the student met at Starbucks for breakfast and then she later allegedly sexually abused him in her white Jeep, including after she picked him up from basketball practice and from his home, the affidavit alleges.

Fox 5 San Diego– Tommy Lee Jenkins, a former Wisconsin resident now living in Whitestown, Indiana, was charged Thursday with using a computer to attempt to persuade, induce, or entice a minor to engage in unlawful sexual activity. If convicted, Jenkins faces a mandatory minimum sentence of 10 years and a maximum of life imprisonment.

Authorities say Jenkins believed he was chatting via instant message with a teen named “Kylee,” who was actually a Winnebago County Sheriff’s Deputy with the Internet Crimes Against Children Task Force. END_OF_DOCUMENT_TOKEN_TO_BE_REPLACED 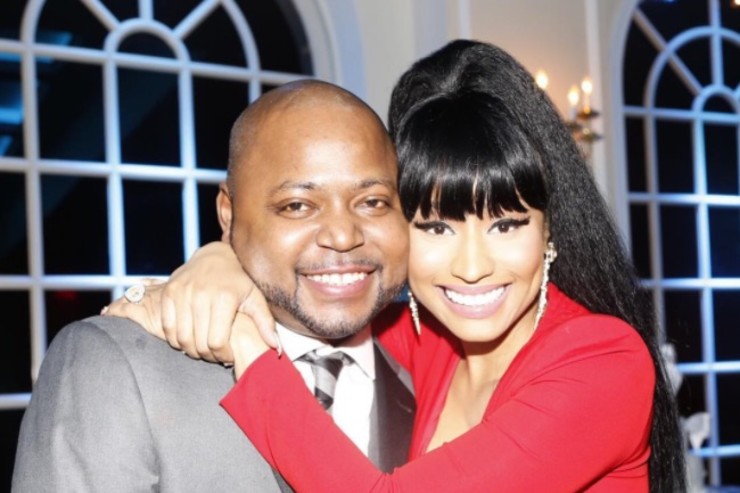 Jelani Maraj maintains his innocence, and his legal team wishes to expose the sexual history of the 12-year-old girl he’s accused of raping. Last year, it was reported that his DNA matched with semen found on the girl’s pants.

The legal team of Jelani Maraj, the 37-year-old brother of Nicki Minaj who’s currently facing charges for allegedly raping and sodomizing a 12-year-old girl on multiple occasions, has filed a motion to ask the judge to give them access to evidence that might shed light upon the minor complainant’s sexual history.

Maraj faces charges of first-degree rape and first-degree course of sexual encounter against a child. His lawyers have also asked the judge to toss out the top charge (first-degree rape), which carries with it a possible life sentence. They feel there is unconstitutional overlap between the two charges, reports Bossip.

Additionally, the lawyers have filed a motion to suppress evidence used against Maraj that was allegedly obtained with a “bad” warrant, enacted by reasonable cause instead of probable cause.

Nicki reportedly posted $100,000 in bail, putting up two of her properties, for her brother when he was arrested on a first-degree rape charge in December 2015. The accuser told police that Maraj had repeatedly raped and sodomized her in the period between April 1 and November 30, 2015. The most recent alleged assault took place one day before Maraj’s arrest, according to the victim.

Maraj plead not guilty to the charges against him when he was indicted in April 2016.

“We believe the truth will come out,” David Schwartz, Maraj’s lawyer, told Bossip yesterdaqy. “The complaining witness in the case and others have a real motive in this case to lie, this never occurred and Jelani is completely innocent.”

The case is headed to trial later this month.

And I got a few words for the moms of the young Barbz
Guess who supports a child molester? Nicki Minaj
You paid for your brother’s wedding? That’s hella foul
How you spendin’ money to support a pedophile?
He a walkin’ dead man, sendin’ threats to him
I guess that’s why they call you Barbie, you was next to Ken
Talkin’ about your money long and your foreign sick
Why you ain’t help your bro hide his cum from forensics?
You probably somewhere overseas, foreign sick
Thought you could fuck with me, by far Rem sick
Meek, Drake, Safaree, I see men in your pants
We call that Jelani, get it? Semen in your pants

Jennifer Lynn Robinson, 47, is accused of being involved with a 14-year-old student, Upson County.

Robinson, who teaches kindergarten at Upson-Lee South Elementary School, was arrested after the school discovered inappropriate behavior on her school computer Facebook page, which had been left open. The school deputy superintendent contacted authorities about the teacher.

In a statement released, the sheriff said Robinson allegedly had an going relationship with the Upson Middle School eighth-grader from July 1 to Feb. 21.