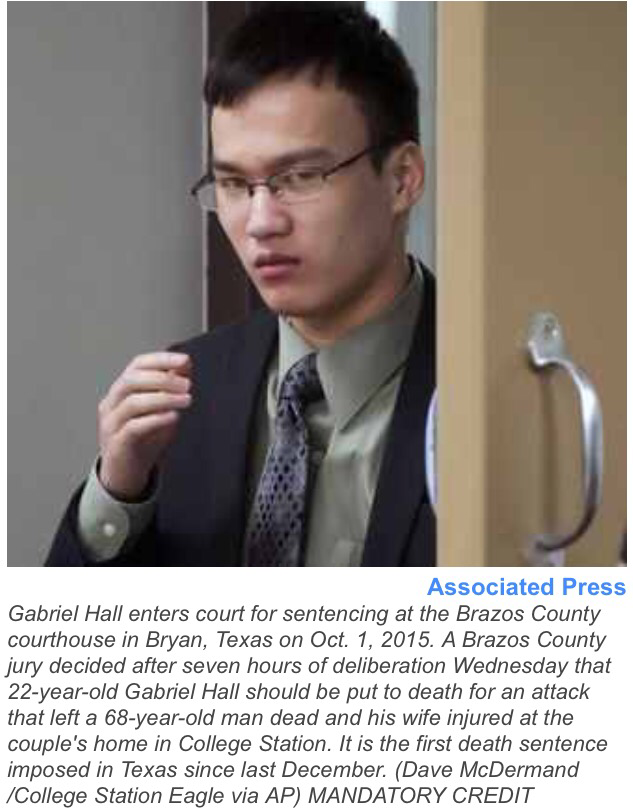 Texas’ death row is getting its first inmate of 2015, ending a 10-month hiatus in death sentences imposed by juries in the nation’s most active capital punishment state.

A Brazos County jury decided after seven hours of deliberation Wednesday that 22-year-old Gabriel Hall should be executed for an attack that left a man dead and his wife injured at the couple’s home in College Station, about 100 miles northwest of Houston.

The lull in death sentences in Texas is similar to what other capital punishment states have experienced in recent years. The Texas hiatus is believed to be the longest the state has seen since the U.S. Supreme Court, ruling in a Georgia case in 1972, effectively halted executions.

Via The Associated Press– The Georgia Department of Corrections has set a new execution date for the only woman on the state’s death row.

The department said in a statement Monday that Commissioner Homer Bryson has set Kelly Renee Gissendaner’s execution for Sept. 29 at the state prison in Jackson.
Gissendaner would be the first woman to be executed in the state in seven decades.

Gissendaner was convicted of murder in the February 1997 slaying of her husband. Prosecutors say she conspired with her lover, who stabbed Douglas Gissendaner to death.

Gissendaner was previously scheduled for execution in February, but that was delayed because of a threat of winter weather. Her execution was reset for March 2, but corrections officials postponed that execution “out of an abundance of caution” because the execution drug appeared “cloudy.” 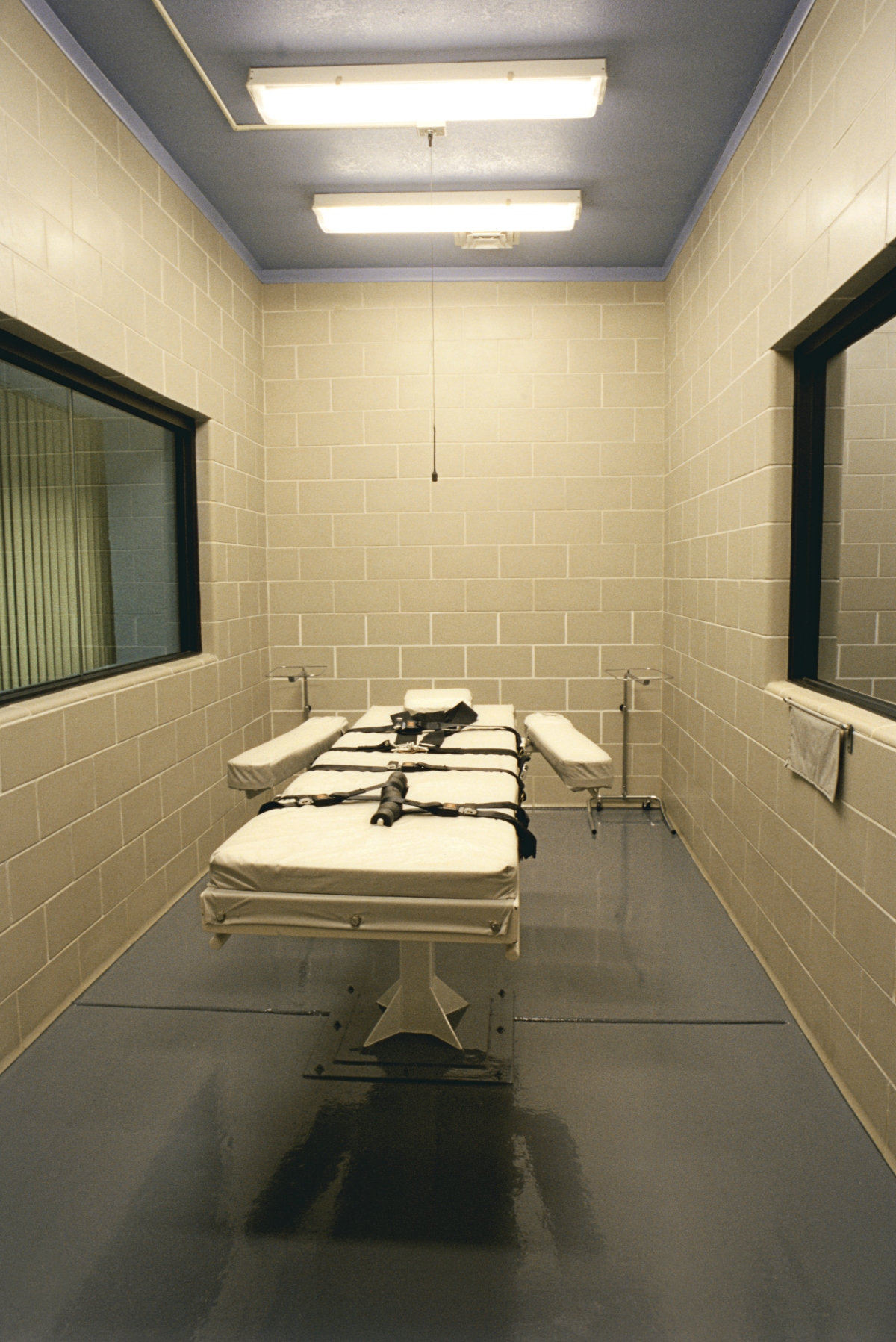 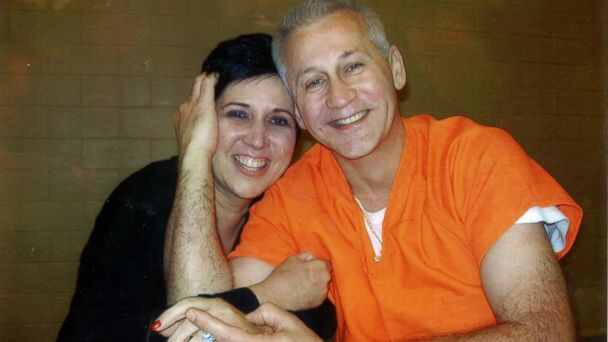 Rosalie and Oscar Bolin have been married for 18 years. Oscar is a convicted serial killer currently on death row.

Rosalie and Oscar Bolin have been married for 18 years. Oscar sends her love letters and hand-drawn cards practically every day, and Rosalie has kept them all.

“I couldn’t bear to throw any of them away. I couldn’t. I think the art of love making is probably in these cards,” Rosalie Bolin told ABC News’ “20/20.”

But the couple has never lived together. In fact, they are only allowed to see each other twice a week.

Oscar is a convicted serial killer, who has been awaiting execution 19 years. He was found guilty of the 1986 murders of 25-year-old Natalie Blanche Holley, 26-year-old Teri Lynn Matthews and 17-year-old Stephanie Collins. Each woman was found dumped on the side of a road in the Tampa, Florida area, stabbed multiple times.

But Oscar’s convictions don’t bother Rosalie because she truly believes her husband is innocent.

“I never, never, ever thought for a second that he was guilty of those three murders,” Rosalie told “20/20.”
In fact, for the 20 years, Rosalie has been on a mission trying to prove Oscar didn’t do what a court said he did.

Rosalie, who is a full time licensed private investigator and mitigations specialist on other cases, first met Oscar when she was working as a lawyer’s assistant assigned to his case over 20 years ago.

According to her, “the evidence doesn’t support a conviction.”

Though at the time she was the wife of a prominent Tampa attorney and lived a lavish lifestyle with their four young daughters, she wanted more from her own marriage, and Oscar caught her eye immediately.

Over a two-year period, Oscar and Rosalie became close. Rosalie said she would bring him depositions and ask him to underline things that were inconsistent. She said the endless hours of study leaded her to the conclusion that he was innocent.
“This was not a situation where she came in nave or ignorant to the system or the circumstances,” Oscar told “20/20” in 1996.

Rosalie’s husband divorced her and he was given primary custody of their four young daughters, then-aged 6 to 14, while she kept parental rights and liberal visitation. She and Oscar then married, not only out of their growing love, but also in a sort of legal maneuver. They hoped the marriage would bring more media attention.

ABC News’ “20/20” was there for the wedding in 1996. Oscar and Rosalie exchanged vows over speaker phone while Rosalie wore her wedding dress and a photo of Oscar stood in for him.

Instead of a honeymoon, the newlywed couple was in a courtroom when Oscar was given a death sentence for one of the murders.
Almost two decades later and after numerous appeals and convictions totaling 7 murder trials in all, Rosalie still supports her husband, who she drives to see twice a week.

“He doesn’t belong there. He just doesn’t, and when you know someone’s innocent, it’s the worst place to be, you know? And when you can’t do anything to help them,” Rosalie said.

Despite the fact that Oscar spends 23 hours a day by himself in a six-foot by nine-foot cell, Rosalie said he is a wonderful husband, though not a traditional one.

“I can’t ever expect him to change the oil in my car or take the garbage out or … go to the movies,” Rosalie said. “It’s none of those things … He puts me on an emotional pedestal, you know. He listens. He’s there, completely, one hundred percent. He’s not distracted … Nothing’s more important than I am.”

When it comes to physical intimacy, there are no conjugal visits allowed on death row, so Oscar and Rosalie have never consummated their relationship. But Rosalie said it doesn’t matter to her.

“I find it very interesting why people would be interested in my sex life,” Rosalie said. “It’s no one’s business, and you know, that’s not part of our relationship.”

As a licensed private investigator, Rosalie is working to help her husband and others who claim they are innocent of their crimes.
“I just want people to listen that there are innocent people who are wrongfully convicted. It happens,” Rosalie said.

But Oscar did plead guilty to kidnapping and raping a woman at gunpoint 27 years ago. When police came to arrest him for the murders of the three young Tampa women, he was in Ohio serving 25 to 75 years in Ohio for kidnapping and rape.

“I was a very angry man 27 years ago. Twenty-seven years later, would I do the same thing? No. I have learned a few things since then,” Oscar said.
Oscar did accept responsibility. He pled guilty to that crime,” Rosalie said. “And I believe – ’cause I know Oscar very well – if he had committed these three murders, he would have pled to something other than death. And never did that. He’s always professed his innocence.”

Rosalie and Oscar blame investigators for putting him on death row. Oscar can’t say where he was on the nights of the three murders, but he strongly denies killing anyone.

In the next few weeks, Bolin will have two new hearings: one about a claim that another serial killer confessed to one of the murders and the other about whether the work of a discredited FBI agent should have an impact on Bolin’s convictions.

“I started this back on February the third 1995, and I’m going to finish it. I will finish this,” Rosalie said. “I don’t know how my story will end but it can never be said in the text that I didn’t try.” 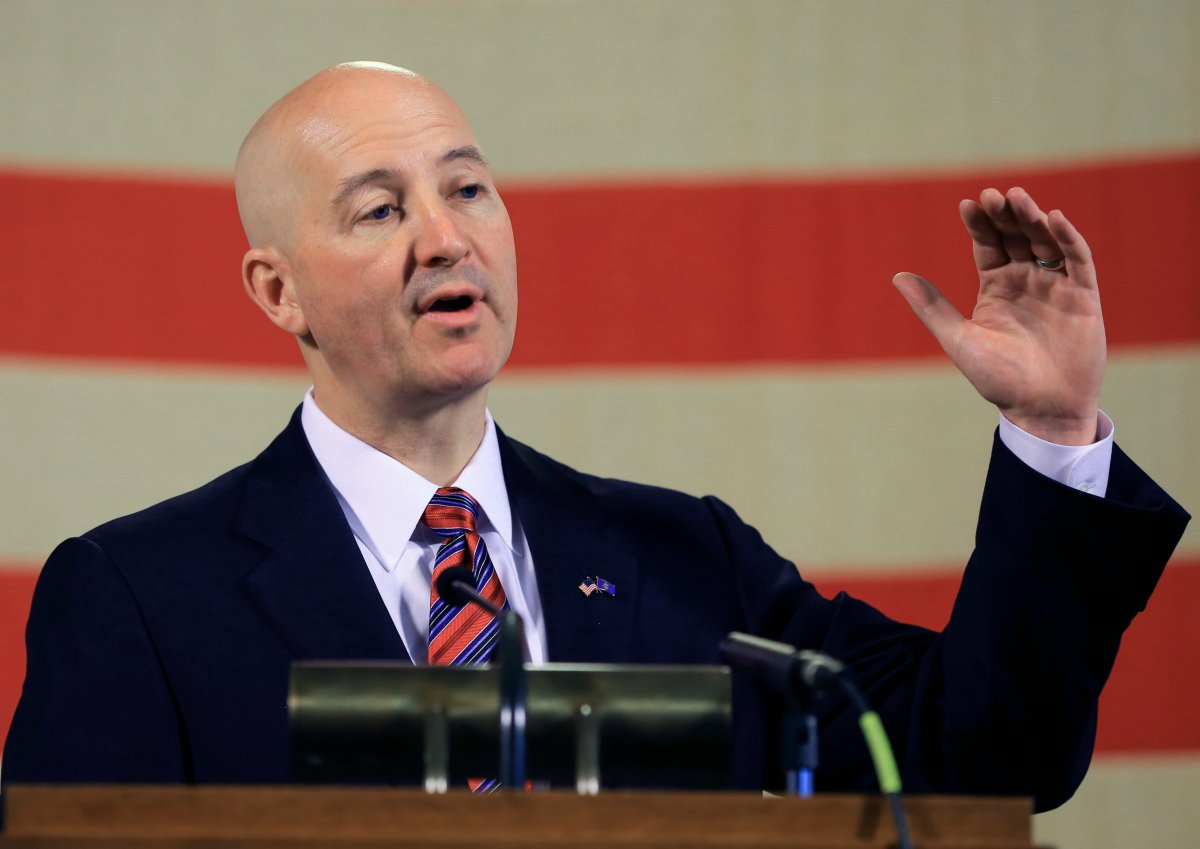 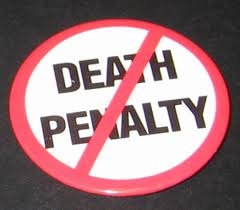