Female police officer, Nidia Garcia, was suspended from her job after someone in El Chapo’s camp supposedly leaked a topless selfie picture taken from inside her patrol car.

The reaction in Mexico is somewhat divided on Garcia’s situation. Some are laughing, while others are outraged at her inappropriate actions. 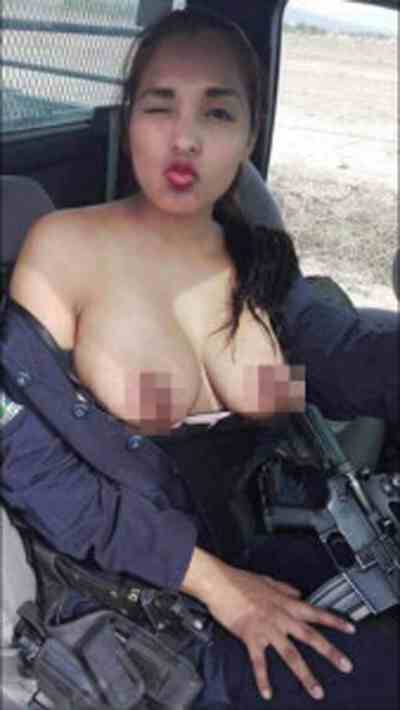 After the story broke, Nidia took to Facebook to make this statement. She wrote:

“I want to ask a huge apology to the secretary of security and Justice of proximity and more to my municipality general Escobedo for this immoral act on my part. I feel disgusted by the great damage caused and the damage done mainly to my two daughters, followed by my husband, my parents, brothers and entire family.”

The vivacious officer is under pending investigation and is unlikely to be allowed to rejoin the force, presumably because of the likelihood that she may have ties to organized crime.