Canada’s prison watchdog says that for the first time, aboriginal people make up more than a quarter of inmates in federal jails. (CBC)

For the first time, more than a quarter of inmates in Canadian prisons are aboriginal people.

“The most current figure we have is quite shocking,” said Correctional Investigator of Canada Howard Sapers, the country’s prison ombudsman.

“In federal corrections, 25.4 per cent of the incarcerated population are now of aboriginal ancestry.” 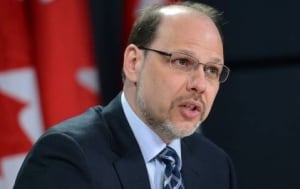 For aboriginal women, the numbers are even higher. According to the most recent statistics, more than 36 per cent of women in prison are of…