‘Freeway Rick’ Ross was not only one the most powerful drug kingpins of all time, especially in the 80’s, but like most drug dealers with tons of money, he also had his hands in other side hustles such as the music business.

According to Freeway, the dope game basically funded the music business, especially back in the 80s and 90s where black artists couldn’t even think about getting loans and advances to produce their music projects. This seems to still ring mostly true today. Aren’t most these rap artists drug dealers nowadays? –or at least they claim to be.

Word to the REAL Rick Ross. 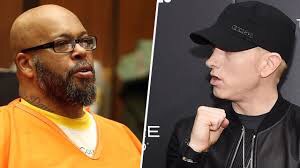 According to a former bodyguard, Suge tried to take out Eminem back in the day. By take out I didn’t mean on a date.

In all fairness, if you’ve lived long enough you know that ex friends/lovers will say anything, especially if there was any kind of falling out.

Do YOU believe this ex bodyguard’s claim? With Suge sitting in jail currently fighting murder charges, this accusation definetly won’t help his case. And the Suge Knight plots just keeps getting thicker…

First there were rumors that he had a hand in Tupac’s demise, and now Eazy E?

The newest suspicion is that Suge had Eazy E injected with the AIDS virus! Eeek!

According to All Hip Hop:

Layzie Bone recalls being in New York when Eazy caught a cold and said his illness became worse within a 4-month timespan.

The rapper said it never fully added up for him because by February he had full blown AIDS, and by March he was gone. Layzie also says he saw Suge Knight’s 2003 Jimmy Kimmel interview where he made jokes about Eazy being poked by an infected needle.

Check out this interview with Eazy’s son, “Lil Eazy” in which he discusses the affects that losing his dad has had on his life.

Do you think Suge had Eazy E killed?

Suge Knight is having a terrible time in prison. You cant help but almost feel sorry for the guy!

Knight has all phone and visitation rights revoked, but to make matters worse his health is seriously declining. Over the course of his time in prison he’s had several health complications, including passing out in the courtroom and is reportedly going blind.

Knight was rushed to the hospital via ambulance with complaints of severe abdominal pain. According to law enforcement close to the case, Suge is currently being treated at L.A. County Hospital under close guard. 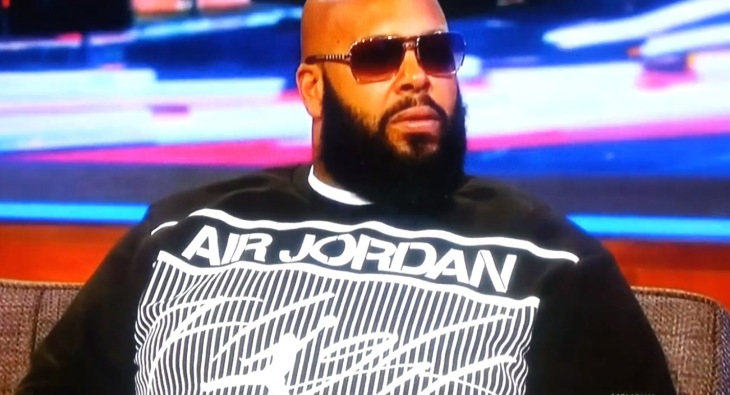 Via AllHipHop News– Suge Knight has made an abrupt change in his legal team by firing his lawyer Tom Mesereau, because private information somehow made it to authorities.

Stephen L. Schwartz is the new attorney for the embattled mogul and marks the fifth lawyer for Suge.
Schwartz also represented Michael Jackson in his child molestation case.

For former Death Row owner has pleaded not guilty to murder. Last February, he ran over two men, killing one. Suge alleges the death and injury were the result of self defense.