If you have Facebook then you probably have been getting this error message all day when attempting to log in. The social media network which also owns other platforms such as Instagram and WhatsApp went down this morning at about 11:30AM EST and as of now — is still down.

For me, it’s not a huge deal since I use social media socially and not to make money, but what about all the business owners and influencers who use Facebook & Instagram in particular to sell their products and services? I guess that’s just a whole day of sales down the drain and that’s gotta suck. Facebook says it’s “sorry” for the inconvenience. There are millions if not billions of dollars tied into social media. It’s influence is worldwide massive.

We’re aware that some people are having trouble accessing our apps and products. We’re working to get things back to normal as quickly as possible, and we apologize for any inconvenience.

As of yet Facebook has not identified the cause of the outage but they have admitted that the outage is pretty much worldwide. I guess we will see when it comes back up and how long that will be. Although almost all of the social media platforms have experienced outages, usually not for more than a couple of hours. Definitely not a whole business day. I was questioning it after a couple of hours so I went over to old faithful Twitter to investigate what the heck was going on. By then #FacebookDown was trending so I knew it wasn’t just my WiFi acting up.

What did you do all day to entertain yourself online? Do you have other social media networks outside of Facebook, IG & WhatsApp?

Rapper Lil Boosie who has had a sordid past with the social media giant, became a trending topic inadvertently. Over the years Boosie has had multiple IG pages deleted mostly due to his own ghetto antics, yet he blames Mark Zuckerberg, the owner of the media conglomerates as racially profiling him. Looks like Boosie got his revenge today, if only for a day.

I can’t ever see agreeing to something like this. Imagine all of the data they are able to collect from these microchips.

I’ve never been much of a conspiracy theorist but here lately I find a lot of those theories about the powers that be seeking to control us via progressive technology such as microchips are coming into fruition, or at least they appear to be, and that’s actually quite terrifying. 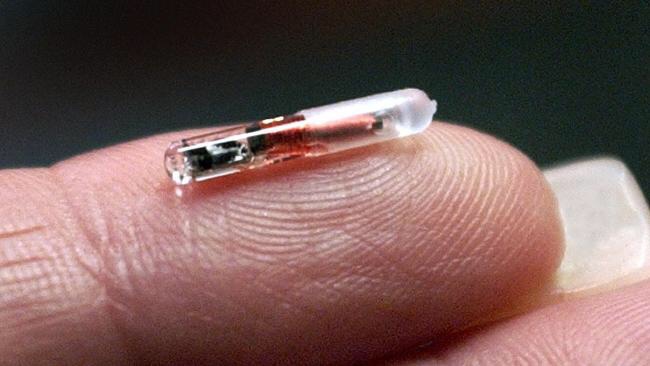 Hustlers, is this a sign of the Mark of the Beast or innovative technology?

For more info, check out this article that I found on USA Today: “You Will Get Chipped — Eventually“

I’m always leery of stories of this magnitude that do not make mainstream media but something about this alleged confession is intriguing to say the least.

Anybody fact checked this? Are we believing this or nah?

[If you are experiencing quality issues with video, view the confession here and here]

The older brother of 90’s child beauty queen JonBenet Ramsey, spoke to Dr. Phil exclusively for the 20th year of his sister’s unsolved death. Let me just say this, something is definitely off with this kid.

Burke Ramsey held a devilish grin the entire interview and seemed very unbothered, even at times somewhat jovial while discussing the dreadful details of his little sister’s 1996 murder.

(Side Note:) I know some people claim to have a nervous grin, but this guy seems a bit too smiley.

Throughout the years, Burke was considered a suspect, (along with their parents who claimed to have found a ransom letter at the time of JonBenet’s alleged kidnapping.) . It’s just weird. But then again I’ve always thought it was something ackwardly strange about the whole Benet family. The whole story is strange. Just strange.

If there were ever any doubts, this sit down with Burke Ramsey has undoubtedly cemented any lingering suspicions.

Check out a few clips of the interview:

The second part of the interview will air on September, 14. Check your local tv listings for times.

Take the poll. Join the discussion.

It’s hard to believe it’s been 15 years since the 911 terror attacks were launched on New York City. I can still remember the moment it happened so vividly.

New insight & stories from 9/11 that could only be told today. #15SeptembersLater premieres Monday at 9/8c. pic.twitter.com/Cjmw5YB4UH

Where were you when the attacks happened? Join the discussion.