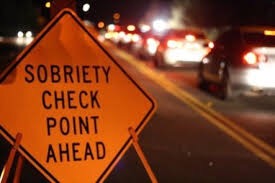 According to the LA Times:

Legislation would allow police officers to use oral swab tests to strengthen cases when there is probable cause that a driver is impaired and the driver has failed sobriety field tests.

A hand-held electronic device would test for the presence of marijuana, cocaine, amphetamines and pain medications, including opiates, on the swab.

According to Republican Sen. Bob Huff of San Dimas, who authored the bill:

“Sadly, we’ve become a nation of self-medicating, careless people. The public is naïve in understanding how dangerous our roads are made by people who are abusing opiates, meth and cannabis.”