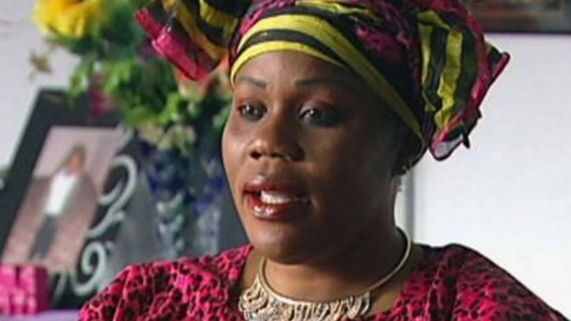 Woman Shows Up To Her Own Funeral

Via The Independent– A woman had the shock of a lifetime for her husband.

Noela Rukundo sat waiting outside her home, waiting for one person – her husband.

But it wasn’t the heartwarming reunion you’d expect, rather the man was more than surprised, he was terrified.

That’s because Rukundo’s husband, Balenga Kalala, allegedly hired a team of hit men to kill his wife while she returned to her native Burundi in early 2015. They told him they killed her, while in reality they released her, but not before telling her that Kalala hired them in November 2014 and giving her a memory card with recorded conversations between Kalala and the gang of hitmen.

When Rukundo visited her husband after her own memorial, held in her home, he thought she was a ghost, going so far as touching her shoulder, expecting his hand to pass through.

When it didn’t, he jumped then started screaming.

Eventually, police told Rukundo to call Kalala, who police said confessed to her. That confession and the pleading for forgiveness was recorded.

Kalala pleaded guilty to incitement to murder in December. He was sentenced to nine years in prison.