Jimmy “Pewee Roscoe” Winfrey, the 25-year-old man convicted of shooting at Lil Wayne’s tour bus back in April has put forth the paperwork to appeal his sentence and guilty plea.

First reported by Bossip, Winfrey and his attorney Steve Sadow filed for the appeal back on Dec. 18, almost a month after his sentencing on various gang-related charges stemming from the shooting. His legal team is arguing that his guilty plea might have been the result of coercion. “The transcript of the guilty plea strongly suggests that my client was pressured, coerced into entering the plea by the comments of the trial judge indicating he would be punished or penalized severely if he did not take the plea,” Sadow recently told Billboard.

The entire criminal case stems from an April 26 shooting, where, according to police, Roscoe pulled alongside Lil Wayne’s tour bus on I-285 in Atlanta and fired multiple shots, following an incident at club Compound where the Cash Money artist has just appeared. Roscoe – a Young Thug affiliate – was arrested a short time later. The original indictment implicated, but did not charge Young Thug and Bryan “Birdman” Williams.

In November, Winfrey pleaded guilty to six of the 27 counts he faced which included aggravated assault, terroristic threats, possession of a firearm by a felon and criminal gang activity. He was sentenced to 10 years in prison and 10 years probation. 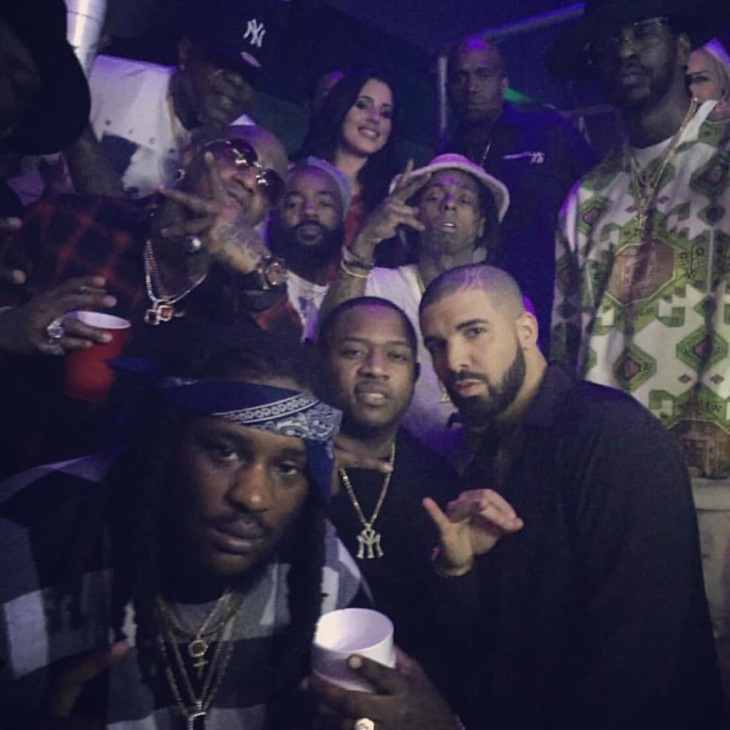 Meanwhile the Internet is buzzing about wether Lil Wayne and Birdman are back on good terms.

The two former friends who deemed themselves, “father & son” were spotted along with the Drake and others partying in Miami on New Year’s Eve.

We’re all wondering how “Pee Wee” is feeling about the Wayne/Birdman reunion as he sits in jail on a 20 year bid for shooting up Wayne’s tour bus.

Prior to sentencing Pee Wee Roscoe accused Birdman of ordering the alleged hit on Wayne, stating during his trail that Birdman should be “held liable“.
Deep.