Bleu did an interview with DJ Smallz Eyes where he spoke briefly on “Drizzy” stating:

“[Meech] let me know recently when I do see Drake to give him a pound and a hug, because he really appreciated the shout out.”

“When you’re in prison and the top dog in the industry says your name, everybody in the day room’s like, ‘Ohhh!’”

DaVinci added that Drake now has numerous supporters inside the feds as well as in the streets of LA. 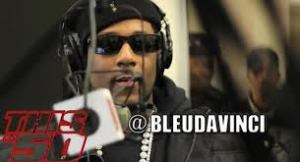 According to Bleu, the name drops earned the Young Money rapper a hood pass:

“Crips and Bloods, he got all kind of homeboys. He mentioned those two names, his pass got crazy, he can go anywhere he wants to go in L.A. I’m gonna send them real riders with him… He’ll be able to slide through the whole city and do what he wants.”