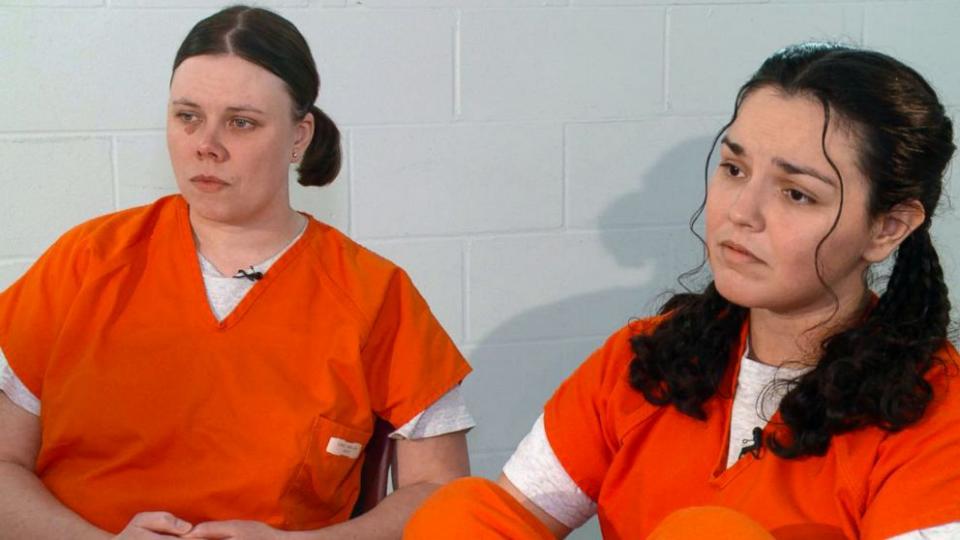 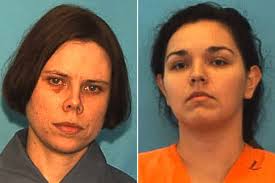 When Tiffany Cole and Emilia Carr walk down the hall in Florida’s Lowell Correctional Institution for Women together, they seem more like smiling girlfriends than convicted felons sitting on death row.

Cole is now 33, and Carr is now 30. Carr is the youngest woman in the United States sitting on death row, and Cole is the third youngest. The two women are behind bars for committing two separate crimes, and they had separate lives until they arrived as neighbors on the famous death row corridor at the women’s correctional facility in Ocala, Florida.

Carr, who is from Ocala, and Cole, from Jacksonville, Florida, share a similar path.

Prior to their incarcerations, neither had ever spent a night in jail, they said. Cole played the flute in high school, and participated in cheerleading and Girl Scouts. Carr was book smart and modeled, she said, and was in the school Marines, which was her high school’s Reserve Officers’ Training Corps (ROTC) program.

Both said they were sexually abused and got into trouble after they met the “wrong people.”

“[I was] looking for love in all the wrong places,” Cole said.

When she was 25 years old, Cole was convicted on murder charges after being connected to the death of her family’s neighbors, Reggie and Carol Sumner, who suffocated to death from dirt in their lungs when they were buried alive. She has acknowledged she helped dig a grave, but said she thought it would be to hide the items that she, her boyfriend, a guy she had known for three weeks and two of his friends had stolen from their victims. A psychiatrist at Cole’s trial said she suffered from mental problems and had a history of drug and alcohol abuse.

“I am not the same person anymore,” Cole said. “I have peace, I have joy. I have a sound mind.”

The jury was shown a damning photo of her celebrating after the crime was committed. She was given the death penalty, which she is in the process of appealing.

Carr was 26 years old and eight months pregnant with her boyfriend’s child when they were both convicted of suffocating his wife with duct tape and a plastic bag. Carr argued she left the scene before the woman was killed.

“Wouldn’t there have been physical evidence? I mean, duct tape is some sticky stuff, yet there’s no finger prints, no DNA, no hair,” Carr said.

But there is video of Carr being interviewed by police, recorded after her boyfriend confessed and implicated her in the crime. On the tape, Carr is heard telling an officer that the boyfriend asked her to “try to snap her neck,” and then Carr says, “I didn’t really try.”

She was convicted of capital murder and given the death penalty, which she is in the process of appealing. 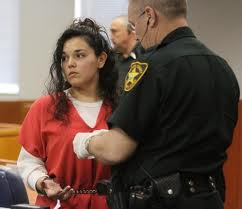 Both women are reluctant to give details about their cases under appeal, but both insist the murders they were convicted of were done at the hand of their boyfriends, not them. Both say they are not arguing for their release, just for their lives, to have their executions stayed.

Both refuse to believe they will be executed.

“You can’t have that mentality, because that means you’ve accepted this,” Carr said.

In response to Cole appealing her conviction, the prosecutor who handled her case, Jay Plotkin, said in a statement to ABC News, “I was a prosecutor for more than 20 years. There was not any case that I prosecuted where the crime was more vile or cruel than the torture and murder of the Sumners. This case lingers on in the heart and soul of our community. Ms. Cole is certainly entitled to, and should, exhaust all of her legal rights to appeal. I am personally confident that she received more than adequate representation and a fair trial.”

The prosecutor in Carr’s case, Rock Hooker, declined to comment to ABC News while the appeals process was still pending.

According to the National Academy of Sciences, one in 25 people on death row is innocent.

Thirty-five states have death penalty statues, according to U.S. Department of Justice statistics from December 2014, and Florida is one of five states, along with California, Texas, Pennsylvania and Alabama, that hold 60 percent of the nation’s inmates on death row.

“How many rich people go to prison?” Carr asked. “We’re all minorities. We’re all people who are either minorities or didn’t have any, any money, any way to say, ‘Hey, let me buy my freedom,’ because it’s not free in this country. Unfortunately, equality is an illusion.”

Seventy-five percent of Americans accused of a crime cannot afford a private attorney, with racial minorities being the majority of those who cannot afford one. The Bureau of Justice Statistics found that 79 percent of state public defender systems were overloaded.

For years, Carr and Cole have been locked in their cells 24 hours a day. Three times a week, they are allowed to go outside for two hours at a time — on concrete, not grass.

“I haven’t touched grass in six years,” Carr said. “So it’s the small stuff you take for granted, you really do.”

Carr has four children, but she is forbidden from seeing them.

“I think about them every day,” she said. “Before I really even came to know God, that was the hardest thing for me to cope with day in and day out, was being away from my kids. … When I got here, my hair was falling out just from stress.”

Both Carr and Cole say they try to do something useful with their time behind bars. Carr reads everything she can from history to science fiction.

“I’m reading on Native Americans in Florida, but I’m trying to get some stuff on Gandhi and Martin Luther King Jr.,” she said. “I love history.”

The women say self-help books and religion have changed everything for them. They have even put religious songs to a kind of dance and, from time to time, they share small moments when they sing and laugh together.

“We’re not just up here doing nothing,” Carr said. “We’re up here living and, you know, finding joy in a situation like this and praising God in the process, you know, and just showing people. We’re people.”

“It’s not over,” Cole said. “There is forgiveness and there is hope.”