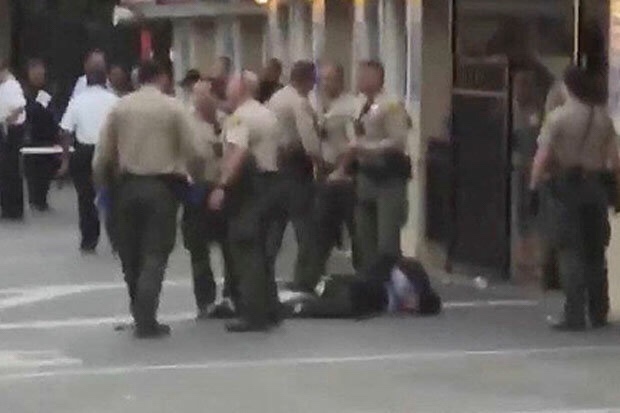 A disgruntled concertgoer was shot by police outside a concert by Ice Cube at Del Mar racetrack in San Diego on Sunday night.

ABC NEWS– The San Diego Sheriff’s Homicide Unit said a man approached the ticket window at about 6:40 p.m. seeking entry to the show, but was told it was sold out. After getting into an argument, sheriff’s deputies responded and confronted the man.

The man pulled out “a silver-plated semi-automatic handgun” and fired into a crowd outside the Del Mar Fairgrounds, the San Diego Sheriff’s Office said.

Deputies returned fire, according to the sheriff’s office, and the man was struck.

No one else was injured.

The Ice Cube concert went on as planned.

The coppers shoot down a California man who pulled out a gun and opened fire because an Ice Cube concert was sold out. https://t.co/cHpAw7R8G4 via @PenHustleBlog pic.twitter.com/EBa2NSrgDa