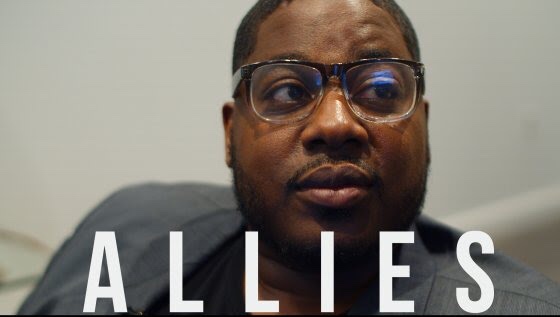 KTLA– As the nation has embraced many conversations about prison reform, Mylrell Miner, a formerly incarcerated individual, is working towards changing the narrative of the systems-impacted community with his Los Angeles-based organization called the Bromont Program.

As a young person, Mylrell has cycled in-and-out of juvenile hall since the age of 11, culminating with an eight-year prison sentence served in his 20s. It was during his incarceration that he discovered a passion for writing, realizing just how healing and life-changing it could be.

His new passion for writing, coupled with his love for film, sparked in him a dream of becoming a screenwriter.

Something that Mylrell knows firsthand is that there are many challenges and obstacles a person must overcome right after being released from incarceration. Things that may seem so simple – like finding employment, housing, and a supportive community – can be extremely difficult for those who have just come home.

“Add to those pressing needs the fact that society has a lot of misconceptions about those who are system-impacted, and you’ll come to understand why the recidivism rate is so high, and why many people find themselves back in prison,” says Nicole Barton, Bromont’s director of marketing and content creation.

Mylrell wanted to create a better path for people to re-enter society after serving time in prison, so he created  Bromont in 2017. It’s a way to bring the transformative power of writing and filmmaking to a marginalized population, while also producing films that provide an authentic representation of the formerly incarcerated, in the hope of changing the way they are viewed by the world.

While the program works to give the formerly incarcerated a path into the creative side of the film industry, Bromont also provides them with basic human needs. The dual purpose of this program serves to not only teach valuable life skills such as finding employment, prioritizing self-care and mental health, finding housing, and coping with stress, but also empowers members to tell their own stories through screenwriting workshops, acting classes, and the experience of being included in every aspect of filmmaking.

“The additional impact of a program like this is that the films produced will begin to shift the dialogue around social justice, and spread awareness about the challenges that the formerly incarcerated face, and the humanity that conflicts with the stereotypes,” says Barton. “The root causes that we know increase the likelihood of incarceration include things such as poverty, childhood neglect and trauma, and histories of abuse. If the world could see this population as complete people, as people with a wide range of personalities and histories, many of whom want to be successful, then we could begin to shift the dialogue towards offering rehabilitation and resources, instead of condemning them.”

“There are many ways that a person can be allies to those who are system impacted,” says Miner. “This includes things like hiring them for work, renting to them as tenants, or volunteering your time at organizations that serve the population. Becoming educated on what recidivism is and why it happens is also an important step towards making change.”

For more information about the Bromont Program, visit its website.