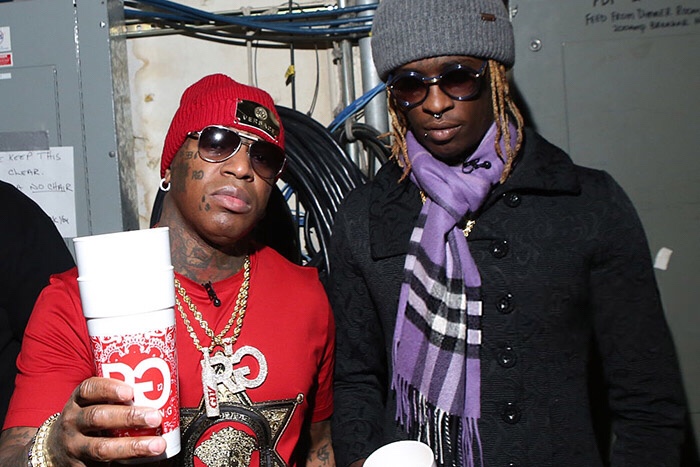 Rapper Lil Wayne and Cash Money Records label head Baby (Birdman) were once so close that they referred to one another as father and son.

Now I do not know all the details, but at some point the two had a nasty public falling out about money and inevitably parted ways. This is right around the time Young Thug (R) entered the picture as Birdman’s new protege and things took a violent turn resulting in Wayne’s your bus being shot up in Atlanta.

The feds are now investigating whether or not Birdman and Young Thug hired a shooter to shoot at Wayne based on the shooter’s recorded jailhouse calls to Birdman.

If this is true it is very troubling especially based on how close Wayne and Birdman were. As the old saying goes, it’s always the ones closest to us that ultimately betray us. Thoughts?