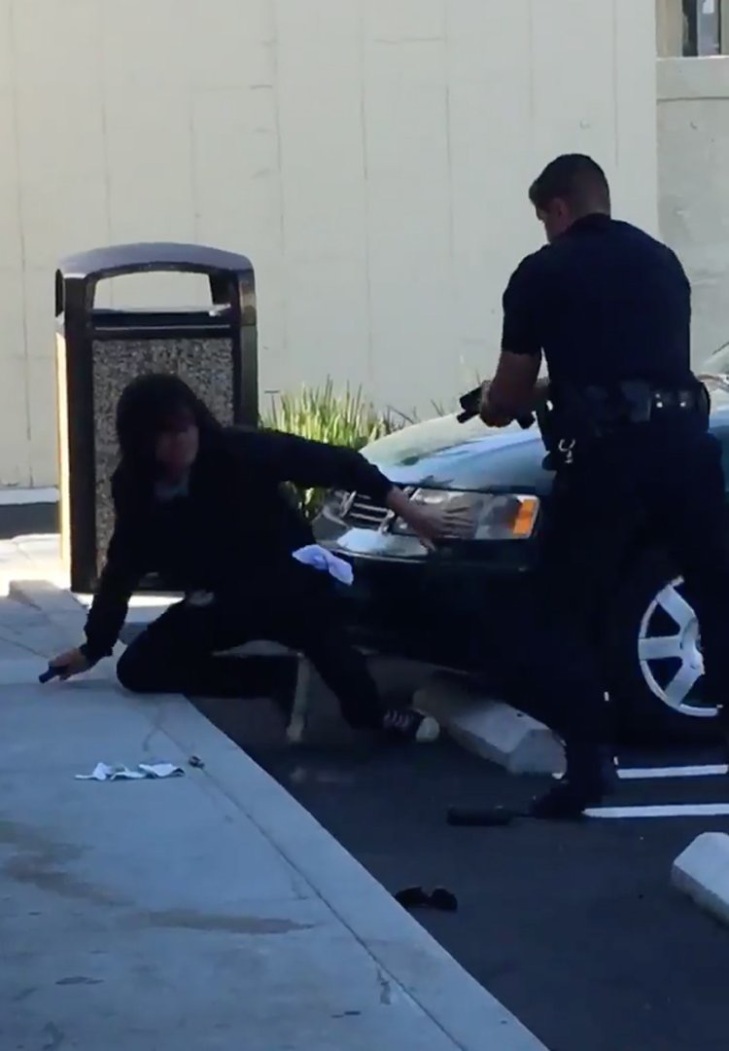 LA Times– The deadly encounter occurred about 9:30 a.m., when the officer contacted the man at the 7-Eleven at 6012 Edinger Ave. and the two got into an altercation. The man was taken to a hospital, where he was pronounced dead.

The bystander who captured the video told The Times that he was in his car when he saw a police officer backing his cruiser out of the 7-Eleven parking lot. The officer stopped and flashed his headlights at a man dressed in dark clothing. When the officer got out of his vehicle and approached, the man swung at the officer.

The videos show the man standing, turning and hunching his shoulders as the sound of up to seven gunshots can be heard. The officer’s voice also can be heard shouting, “Get down!” The man then drops a dark object from his right hand and collapses to the ground.

BREAKING: Man shot this morning by Huntington Beach Police near LA has died in the hospital

Do you think the police officer was justified in shooting this young man seven times?