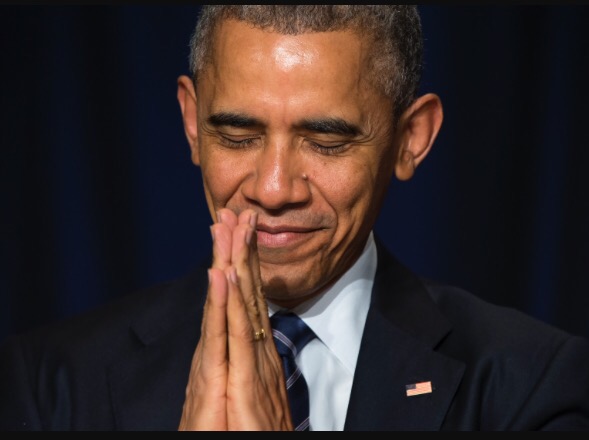 President Obama is usually known for his extremely cool demeanor, especially in public, but he admits that he lets the “f- bombs” fly while in the privacy of his home.

President Barack Obama, known for generally keeping a cool temperament, revealed that he sometimes will privately write scathing responses to his critics that he doesn’t share publicly.

Historian Doris Kearns Goodwin asked Obama if he ― like Presidents Franklin Delano Roosevelt and Abraham Lincoln ― ever wrote responses to critics that he didn’t make public. Obama told Goodwin that he did it “all the time.”

“I will write a response—a full rant,” he told Goodwin in an interview that appears in the November issue of Vanity Fair. “And then I’ll crumple it up. Every once in a while, my team here will hear me go on a rant. Generally speaking, people who know me will tell you that my public persona is not that different from my private persona. I am who I am. You sort of get what you see with me. The two exceptions are that I curse more than I should, and I find myself cursing more in this office than I had in my previous life.”

“And fortunately both my chief of staff and my national-security adviser have even bigger potty mouths than me, so it’s O.K. And the second thing is that I can be much more sarcastic and, I think, sometimes withering in my assessments of things than I allow to show in my public life,” he continued.

As leader of the free world, Obama has one of the toughest jobs in the universe right now so he definitely gets a pass. I have to admit, I admire the cool and collected Obama, but wouldn’t be opposed to him tossing a few profanity laced bombs every now & then either. Edgy.