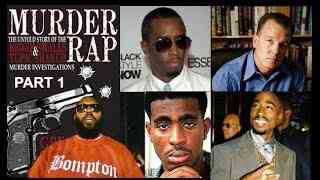 The Los Angeles Police Department has solved the murders of rappers Christopher “Biggie Smalls” Wallace and Tupac Shakur, according to a documentary featuring retired LAPD detective Greg Kading, who once led a special task force that investigated those two-decade-old shootings.

Over the course of investigating, Kading says that he essentially trapped Keffe D into a situation where he had to give a verifiable confession about the events that led to Shakur’s murder or else face severe charges for another crime.

“If his intention was to just get away with it, so to speak,” Kading told HuffPost, “it would have been very easy for him to not include all the details that he did.”

These extra details, according to the documentary, include the allegation that Combs hired Keffe D for the crime.

The documentary, titled “Murder Rap,” originally premiered in 2015. Based on Kading’s 2011 book of the same name, it’s available on iTunes now and will debut on Netflix in the spring.