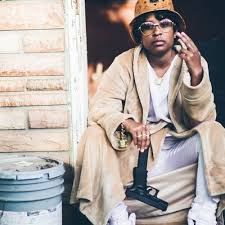 I’ll admit I wasn’t the biggest fan at first and I may even cop to being one of the naysayers that thought she was another “one hit wonder”. “Try Me” was a little on the commercial side, in my humble opinion.

Fast forward to recently, a friend slid me a copy her mixtape and I changed my mind after a few songs. The girl is dope. There is a lot more to “lil Dej” then I suspected. I love her swagger.

Everybody knows I am an fierce supporter of females in any arena of business, art or anything a man can do.

Dej Loaf, if you ever read this I would like to publicly eat crow. I definitely respect the moves you are making.

It’s very refreshing to see a female in the music game keeping her clothes on, using her own talent and merits to make moves –not to mention she can ride with the fellas, my kinda girl.. Get em Dej!!!!

Check out her new video “Blood” with Young Thug and Birdman.

Below is an article posted on The Boom Box:

Dej Loaf has a crucial 2015 ahead of her. It’s the year where she’ll have to prove she’s more than a one-hit wonder after her hit “Try Me” was a staple on radio in 2014. But even if that follow-up doesn’t come this year, she’s still got her youth. The rapper turns 24 today.

Of course, the artist born Deja Trimble is going to have to perform ”Try Me” at her shows for the foreseeable future. She released a mixtape in 2012 titled Just Do It, but that single was the one that blew her up to the mainstream audience. The song’s charm is unmistakable: It features a riding angelic sound that only thinly clothes the violent fantasies (“Leave a bitch n—- head in pasta”) and unshakeable confidence (“Rock that all white, when I’m feelin’ godly”). The joint sounds a bit alien, but somehow relatable at the same time.

“Try Me” ended up peaking at No. 45 on the Billboard Hot 100 and became one of standout songs of 2014, which was a tepid year compared to the first quarter of that year, but it was still an accomplishment.

Dej adjusted to the newfound fame well enough; her mixtape Sell Sole was well received. Plus, she got a big look from fellow Detroit native Eminem when he featured her on the star-studded“Detroit vs. Everybody,”alongside Big Sean, Royce da 5’9″, Danny Brown and Trick-Trick. The rhymer made it.

Since then, Dej Loaf has landed on songs from Kid Ink, the Game and Young Thug. She should have new material in store for 2015, and her fans are waiting on it.