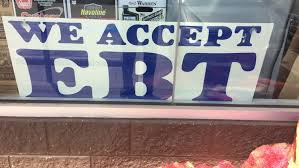 According to CBS News — The Trump administration is considering a plan that would allow states to require certain food stamp recipients to undergo drug testing.

The proposal under review would be narrowly targeted, applying mostly to people who are able-bodied, without dependents and applying for some specialized jobs, according to an administration official briefed on the plan. The official, who spoke on condition of anonymity to discuss internal deliberations, said roughly 5 percent of participants in the Supplemental Nutrition Assistance Program could be affected.

The drug-testing proposal is another step in the Trump administration’s push to allow states more flexibility in how they implement federal programs that serve the poor, unemployed or uninsured. It also wants to allow states to tighten work requirements for food stamp recipients and has found support among GOP governors who argue that greater state control saves money and reduces dependency.

Internal emails obtained by The Associated Press indicated that Agriculture Department officials in February were awaiting word from the White House about the timing of a possible drug-testing announcement.

“I think we just have to be ready because my guess is we may get an hour’s notice instead of a day’s notice,” wrote Jessica Shahin, associate administrator of SNAP.

Wisconsin Gov. Scott Walker, a Republican, sued the USDA in 2015 for blocking the state from drug testing adults applying for food stamps.

A federal judge tossed the suit in 2016, but Walker renewed his request for permission later that year, after Donald Trump had won the presidency but before he took office.

“We turned that down,” said former USDA Food and Nutrition Service Undersecretary Kevin Concannon, who served in the position under the Obama administration from 2009 until January of last year. “It’s costly and cumbersome.”

The proposal isn’t expected to be included in a GOP-written farm bill that could be released as soon as early this week, a GOP aide said.

Do you think it is fair to require food stamp recipients to drug test in order to meet eligibility?