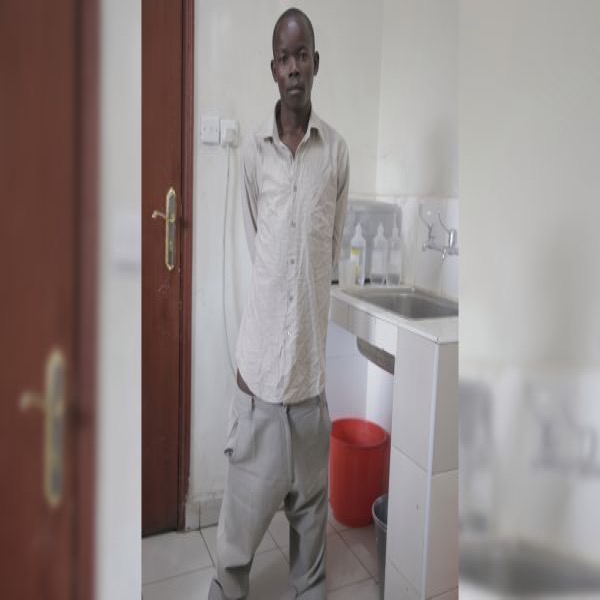 For most men being “well endowed” is a well welcomed gift that keeps on giving. For this guy a 3 foot penis was just too much for him to bare.

Via NY Post– A Kenyan man with a 3-foot penis and 11 pound testicles is finally getting the chance to live a normal life — now that his massive package has been surgically reduced, reports said.

Horace Owiti Opiyo, known as Forence, first noticed a cyst on his genitals back in 2006 and had it removed — but it came back with a vengeance a year later, bringing the length of his penis to almost a meter, the Mirror reported.

The 20-year-old was forced to drop out of school and didn’t have the money to pay for surgery. He tried to use herbal remedies to help his condition but they didn’t work, the outlet said.

He started to believe he’d been cursed.

“I told my grandmother that I have been infected by a disease, but I’m not sure what it is. It could be a curse. I knew this was not God’s work, but the devil’s.”

The condition can actually be caused from a mosquito biting and injecting larvae into the bloodstream, which can develop into parasitic worms that block the body’s drainage system and cause swelling.

Forence’s neighbor put his story on social media and it quickly went viral, garnering the attention of a local governor’s wife, who ordered a doctor to inspect him.

He was given two operations to reduce the size of the scrotum and rebuild the penis so it can be used, and he couldn’t be more relieved.

Forence said after the surgery:

“When I got up, I was surprised that my body was so light. All the heaviness had gone … I’m swimming now. I couldn’t go anywhere near the water because of the heaviness of that thing. Now I can run and I can play football.”

Forence’s scrotum is still functional and he hopes to start a family — but for now, he said, his first priority is an education.

“I’m free! … Who knows what will happen in the future?”