Sadly another rapper has been the target of a brazen broad daylight shooting over some rap/street beef shenanigans.

Rapper Young Dolph was shot in Hollywood on Tuesday. At around 1:12 p.m. PT, shots were fired in the valet parking area of a Loews hotel in the city’s Hollywood & Highland shopping district.

Not long afterwards, the LAPD confirmed that Dolph was the target of the shooting, that he had been hit multiple times, and he was taken to a nearby hospital.

TMZ also reported on the shooting, and said that Dolph’s injuries appeared to be “non-life threatening.” Complex has reached out to a rep for Dolph, but they could not provide any information as yet. The shooter drove away in a gold Escalade (found empty not far from the scene) and is still at large. One person, who police have confirmed is not the shooter, has been detained.

Complex spoke to the LAPD’s Public Information office. They said only that there was “a victim of a shooting” who “ran into a business, suffering from a gunshot wound.”

Dolph was the target of another shooting back in February, in North Carolina.

The two Tennessee MCs have had a long standing beef for some time, trading both verbal shots over wax and literal ‘shots.’

Earlier this year Dolph’s luxury Mercedes Benz tour bus was shot over 100 times during the music CIAA Awards in Charlotte. Catch up on that backstory here. 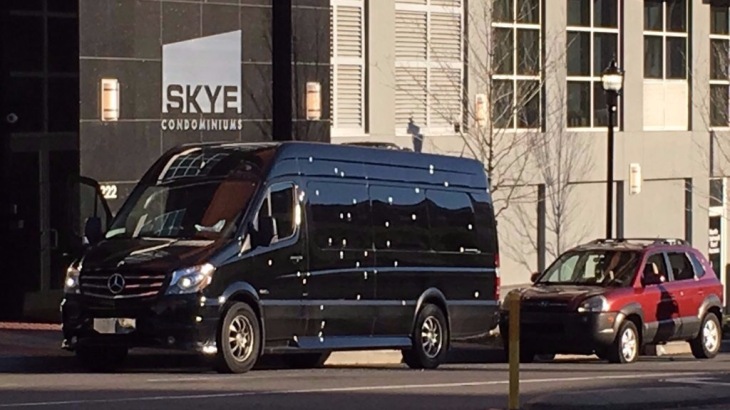 SMH! I really hope the violence stops before someone gets seriously hurt.

We’ve seen it happen over and over and over. It seems like Hip Hop is the only music genre where the artists are determined to imitate art and the line between art and real life become obscured. Unfortunately once bullets start flying it never ends well.

Check out Young Dolph’s video “PREACH” which put him on the Hip Hop map. Get well Dolph.