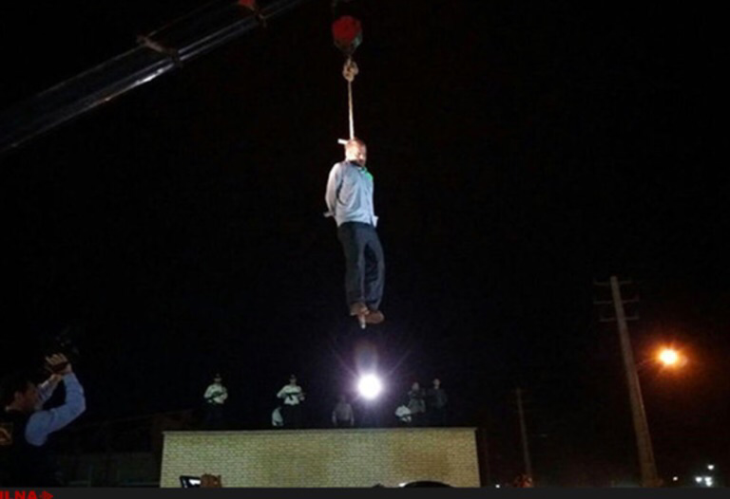 Now this is what you call vigilante justice.
The US criminal justice system is Disneyland in comparison to some of these foreign countries.

According to The NY Times–

Esmail Jafarzadeh, 42 confessed to the brutal rape and murder of Atena Aslani, who disappeared in June. Her body was found in Jafarzadeh’s garage.

Iran’s Supreme Court handed down the death sentence on September 11 after it took prosecutors a week to secure a conviction at his trial in August. The case drew national attention inside Iran and a comment from the country’s president, Hassan Rouhani, who reportedly described the crime as “horrendous” and had called for Jafarzadeh to be dealt swift justice.

According to Agence-France Presse–

The hanging took place in front of a large crowd that cheered loudly when Jafarzadeh’s neck was put in the noose. One report indicated that thousands turned out for the public execution, with many capturing video of it on their mobile phones. An amateur photo of Jafarzadeh’s hanging was shown on the website of the state-run news agency.

But many on social media found the spectacle disturbing and expressed their outrage over the public execution on social media, according to Newsweek.

Some took issue with the fact the government does now allow women inside stadiums to watch sporting events, but does allow them to gather and witness public executions.

Authorities said Jafarzadeh had also confessed to the murder of another woman.