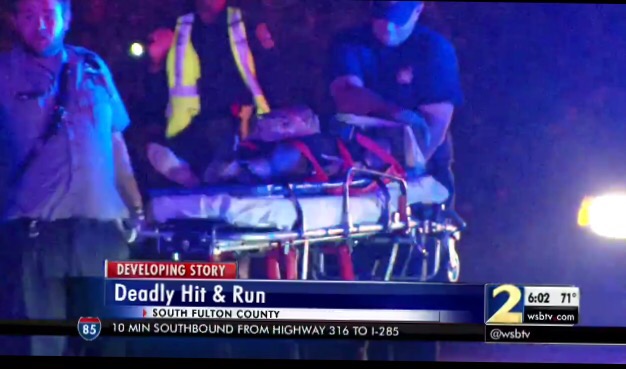 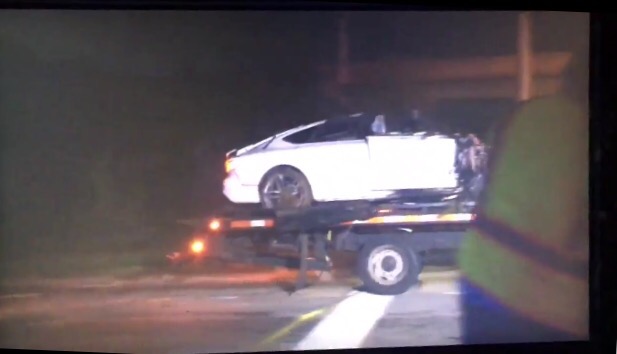 Rapper Shawty Lo’s Audi being towed away after hitting guardrail and bursting into flames on Atlanta highway.

According to Complex Magazine:

The news was first reported by rapper and radio personality Headkrack, and later confirmed by his manager Johnny Cabbell and by a post on his Twitter.

Lo was 40 years old, and a father to eleven children. The accident was originally reported by police as a hit-and-run, but was later revealed to only involve one vehicle. Lo’s white Audi went over the guardrail, hit trees, and caught fire.

Two other passengers in the car were taken to the hospital with injuries.

Fans and celebrities are devastated by the tradgedy and have lit up social media with condolences under the hashtag #RIPShawtyLo.

Shawty Low R.I.P my condolences to his family, he had a lot of mouths to feed. https://t.co/aK0nmpkAUs pic.twitter.com/SzOcjq0AMS

Shawty Lo was known for his signature “run in place” dance later adopted by rapper, Plies.

Shawty Lo created the run in place….. not Plies. #RIPShawtyLo

Damn, such sad news! One day you’re here, and then you’re gone. Rest in Peace to the Bowen Homes Ambassador –Shawty Lo.