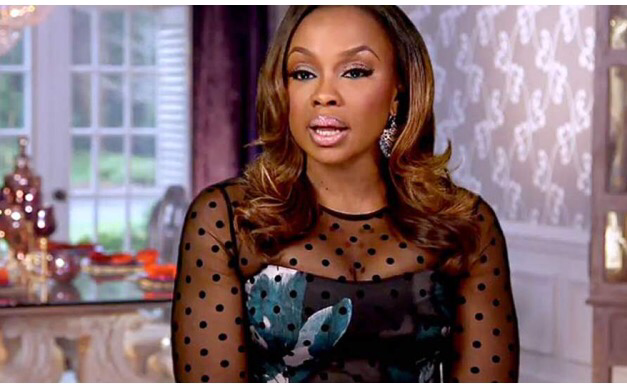 According to Bossip and various other media outlets, a mysterious man was targeting Phaedra Parks threatening to bomb the office complex where her law offices are headquarterd.

As it turns out, the man in that faux-bombing was local Atlanta rapper, Drama.

Now, for those of you too young or not quite southern enough to remember who Drama is…he had a tepid hit in 2000 with “Left, Right.”

Phaedra Parks has history with the man who allegedly threatened to blow up her law office, because she was once his manager and lawyer … TMZ has learned.

Sources close to Terrence Cook — aka Drama — tell us Phaedra managed his music career back in 2000 when he was an up-and-coming rapper in Atlanta.

She was also his lawyer in a 2003 robbery case before she was removed as counsel. Cook served 12 years in prison for that case.

We’re told after Cook was released from prison in 2015 … he told friends he was going to Miami to meet up with Phaedra and shoot an episode of ‘Real Housewives.’ While in Miami, we’re told he got seriously injured in a skydiving accident, and has been on the mend since.

Sources close to Cook say he blamed Phaedra for his downfall in life … including his long prison term, defunct rap career, and skydiving injury. For the record, Bravo says Cook was never invited to shoot a ‘Housewives’ episode.

Wow, this is CRA-ZY news.

I also worked with Drama back in 1999-2000ish when he was fresh on the ATL music scene. Back then I was a budding AR Director for Southern Music, an independent music distributor based here out of Atlanta and he was one of the acts on the roster.

Over the years I wondered what happened to this guy and now I know, he’s been in the can for 12 years.

One commenter said  she needs a restraining order, but will that stop a person who is A.) fresh out of the can for 12 years and clearly is “about that life” and B.) a person who feels wronged or betrayed? Maybe, maybe not.

Phaedra, you need some GOONS on your team! Music game is a dirty game.

Check out Drama’s 1999 video for “Left, Right” and join the discussion.

Phaedra has since spoken out in defense of the rapper stating that this whole ordeal was all just a big misunderstanding. According to Phaedra, Drama was unfairly racially profiled and that he was only there to pass out his new mixtape and somehow they misunderstood “bomb mixtape” for “having a bomb.” Ummm ok.

You can read all about that here.