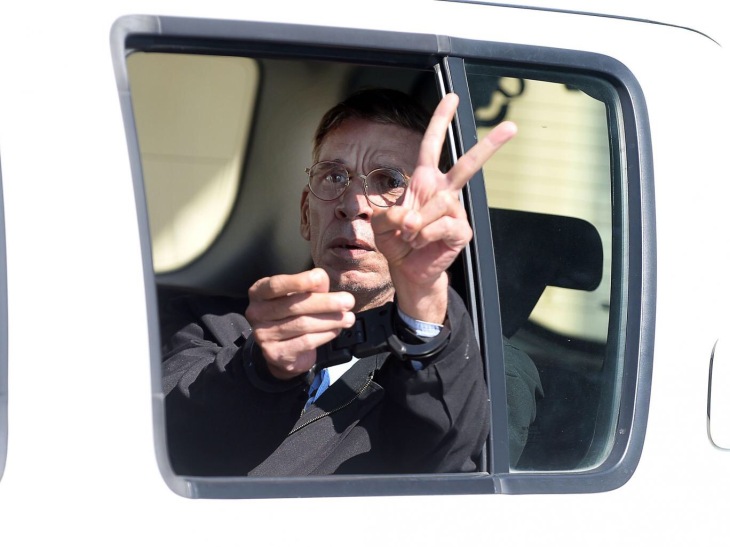 The man suspected of hijacking an EgyptAir flight and redirecting it to Cyprus has appeared in court and said he acted in a bid “to see his wife and children”.

Seif Eldin Mustafa, 59, flashed “peace” signs for victory as he left the court in Larnaca following a short hearing, where he was remanded in custody for eight days on suspicion of hijacking, abduction, threatening violence, terrorism-related offences and two counts related to possession of explosives.

After a six-hour stand-off, the suspect identified by Egyptian and Cypriot authorities as Mr Mustafa walked off the plane and handed himself in to police.
In a statement Mustafa said:

“When someone hasn’t seen his family for 24 years and wants to see his wife and children, and the Egyptian government doesn’t allow it, what should one do?”

The suspect allegedly commandeered the aircraft 15 minutes after takeoff from Alexandria. He approached a flight attendant and showed off the belt, attached to a remote control he held in his hand.

“The suspect asked all passengers and crew to hand in their passports, then gave two messages to a member of the crew, asking that the pilot be informed that he was a hijacker and wanted to land at an airport in Turkey, Greece or Cyprus, but preferably Cyprus.”

It is believed that Mustafa suffers from mental health issues.