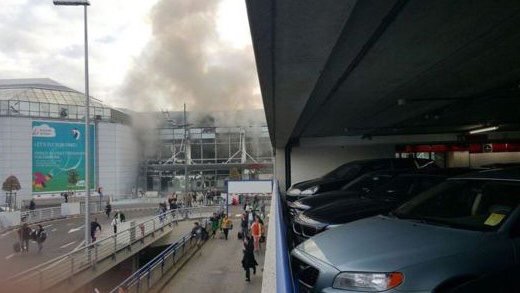 Two explosions were heard at the Brussels Airport early Tuesday, according to the BBC.

The airport was being evacuated. Photos posted to social media showed smoke billowing from a terminal.

In the clip below people can be seen running in a panic away from the scene.

The explosions are being investigated as a possible terrorist attacks. At least 13 people have been killed.

🆘‼Footage: Two explosions at the airport in #Brussels … the people flee in panic. #Belgium pic.twitter.com/ZJIAy4TknK

The story is developing…