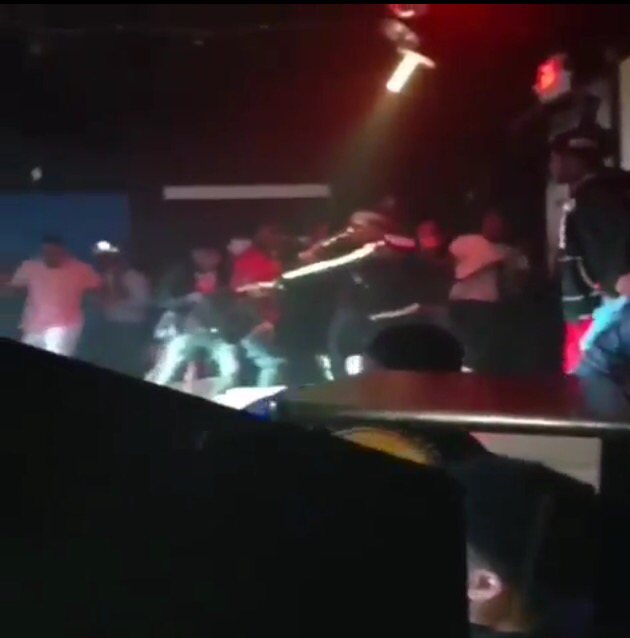 The rap game has seemingly replaced the dope game in terms of danger levels “on the job.” Nowadays rappers are almost always targets for violence and the line between fan & foe has become foggy.

Personally I love hip hop, but I don’t frequent many clubs/concerts anymore, mainly because folks don’t know how to act. A fight or shoot out(s) is almost guaranteed. I definetly don’t need the trouble anymore. I left that in my 20’s.

Anyway, a shocking video has surfaced online of ATL rappers YFN Lucci & Johnny Cinco scuffling with a crew of their concert goers in Little Rock, Arkansas.

According to the Internet streets, a fight broke out and goons in the crowd made attempts to snatch one of the rappers’ chains. The result was gunfire in the middle of a crowded nightclub. Surprisingly, no reports have surfaced of anyone being hit.

Shit is really real out here in those rap streets! Read more on XXL