Lately more & more videos and photos are popping up online of beach goers catching and basically torturing exotic sea creatures in order to take pictures & videos with the animals.

The most recent photos show a baby La Plata dolphin in Argentina captured, then tossed aside in the sand like garbage once the spectators got their selfie photo ops. 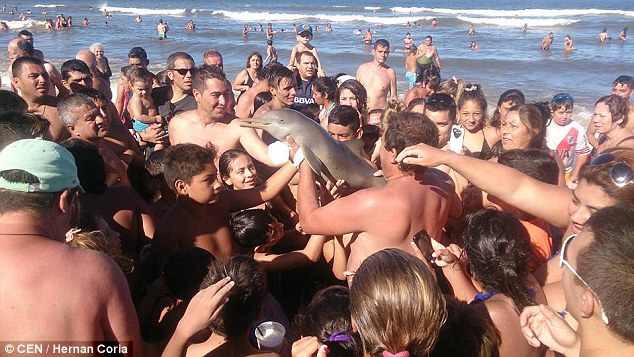 Sadly, the dolphin which has a thick pleathery skin, must remain in water to remain hydrated. It died of dehydration as people continued to snap pictures of its corpse. 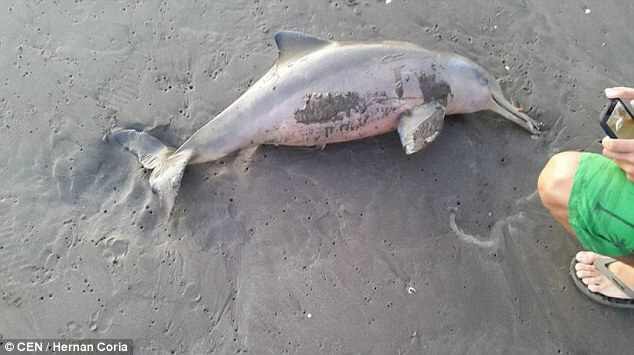 In this newest viral video below, a group of beach goers wheel a baby shark in to shore using what appears to be a standard fishing pole.

The shark, out of its natural marine habitat, can be seen desperately fighting to get back to water as one man wrestles it down into the dry sand. He then begins ‘humping’ the distressed animal as onlookers again laugh and take pictures and videos. 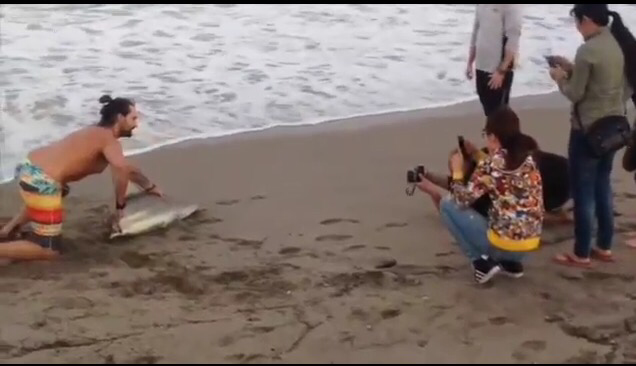 I’m no self proclaimed animal rights activist, but I think this kind of treatment is just cruel & inhumane. One of the first things learned in school was that fish and sea animals cannot survive out of water. It’s known fact.

Watching the video prompted me to brush up on a little research. Luckily sharks are pretty tough and when returned to H2O within a reasonable amount of time, they come out relatively unscathed.

Sharks are a unique ‘fish’ in that they can take the roughest handling and most abuse of any fish and can survive once returned to the waters, many minutes after fighting, landing, and then release.

Depending on the species of shark, time of the year, and any injuries the shark received during the fight, it is not unusual to see them swim away like nothing happened after an inordinate period out of the water.

Irregardless, keeping a “fish out of water” is like holding a human underwater . It’s barbaric & insensitive.

If these videos featured the discomfort of cats or dogs, the world would be outraged. Why don’t sea creatures get the same love?

Peep the video and let me know what you think.