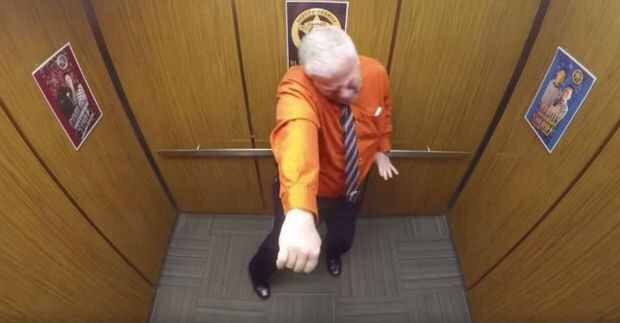 In the 3-minute video, Scherb is joined by several colleagues who dance along with him, until their boss suddenly walks in and they straighten up and put on serious faces.