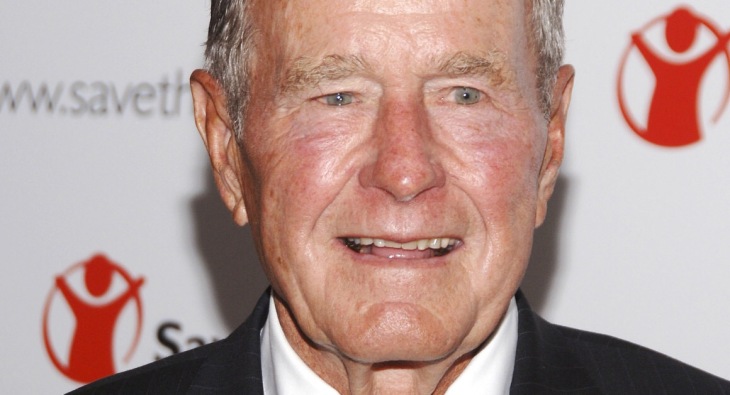 The controversial Bush family have made it abundantly clear that they do NOT support presidential hopeful Donald Trump or his “political” antics — so much so — that the eldest President  Bush is planning on voting for Hillary Clinton in the upcoming election. That’s a MAJOR endorsement for the female Democratic nominee.

According to KTLA —A daughter of Robert Kennedy, Kathleen Kennedy Townsend, said in a Facebook post that former Republican President George H.W. Bush told her he’s voting for Hillary Clinton.

Townsend, a Democrat who served as Maryland lieutenant governor for eight years and goes by Hartington online, posted a photo with the former president to Facebook: “The President told me he’s voting for Hillary!!” wrote Kennedy Townsend, a niece of President John F. Kennedy.

Jim McGrath, a spokesman for Bush, did not confirm nor deny the claim.

“The vote President Bush will cast as a private citizen in some 50 days will be just that: a private vote cast in some 50 days,” McGrath told CNN. “He is not commenting on the presidential race in the interim.”

Ever since former Florida Gov. Jeb Bush dropped out of the Republican primaries, the Bushes have remained silent about the 2016 election.

Jeb Bush has repeatedly denounced Trump and said he’s not planning to vote for him in the general election, but has fallen short of saying that he would support the Democratic nominee.

Well ain’t that something?! This might be one of the biggest turn of events this election!

What do you think of George H ‘dub-yuh’ switching political teams?